The study of the Ancient World, using Greek and Roman society as a mirror to look at our own, has rarely seemed more relevant. 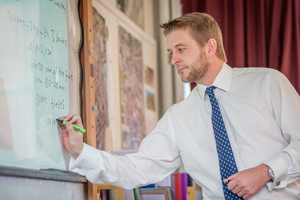 Studying the emergence and nature of democracy, the power of rhetoric, or how the lives of those in different levels of society differed so greatly, enables pupils to reflect on the modern world. Classics introduces pupils to key linguistic concepts, myths and story-telling, the evaluation of historical evidence, the power of persuasion, different philosophical approaches to life and artistic appreciation, not to mention a treasure trove of some of the world’s finest literature.

Wellington has a strong tradition of teaching Classics, and enables pupils to study the Classical World through three different curriculum subjects: Latin, Classical Civilisation and Greek.

All pupils study Latin for two years, using the popular Cambridge Latin Course. As well as giving them a foundation in the language, which aids with the learning of modern languages and increases their awareness of English, pupils look at different aspects of life in Pompeii and Roman Britain. Pupils develop their skills of linguistic analysis, vocabulary recall and translation, and are encouraged to analyse and question aspects of Roman society.

In Year 9 pupils either continue with Latin, building upon the rudiments they have learnt to consider more complicated sentence structures, and a range of noun and verb forms, or start Classical Civilisation, investigating the history, culture and literature of the Greek and Roman world. Both courses spend time considering the role of religion in the ancient world, as well as the Roman army and occupation of Britain. 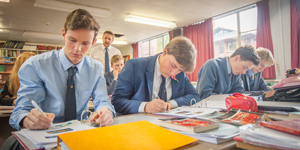 loping their vocabulary and enabling them to tackle a wide range of sentence constructions. In addition, they study original Latin literature, responding to both the style of the Roman writers, and the culture context of the texts. We follow the WJEC Eduqas course.

GCSE Classical Civilisation introduces pupils to a range of topics in the ancient world. For 2017, we switched to the new OCR 9-1 syllabus, which includes studying art and architecture, beliefs about the afterlife, foundation myths and much more.

We also offer pupils the chance to study GCSE Classical Greek as an extra GCSE, in fixed weekly lunchtime and after school slots. This has proved very popular with a small number of students each year, and has led to excellent results.

We offer A Levels in both Latin and Classical Civilisation. Both courses build upon the knowledge and skills the pupils have learned at GCSE, whilst allowing them to gain a greater independence and higher level skills of analysis and interpretation. Topics covered include Latin Love Poetry, Democracy in Classical Athens, Cicero’s defence of Milo against the charge of murder, and Virgil’s Aeneid. 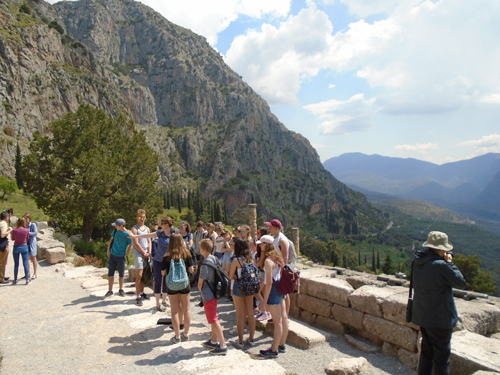 We believe there is a plethora of ways to engage with the Classical World outside of lessons. The department has a sizeable library which pupils are encouraged to use as part of their wider reading. We take regular trips to plays and talks, and are increasingly taking advantage of online opportunities to engage with universities and the wider Classics community, such as the Oxford Greek Play, or a lecture from a leading academic on Greek Democracy. We have annual day trips for Year 9 to Caerleon and Caerwent, and for Year 10 to the British Museum. The undoubted highlights are the biennial trips to Greece for GCSE students, and the Bay of Naples for Year 7 and 8, alongside Sixth Form visits to Rome.