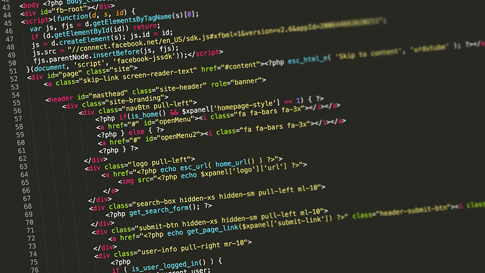 Computer Science is big business; indeed the animation and gaming industry is one of the mainstays of the UK economy. Its study is also a valuable way to improve logical thinking and rigorous problem-solving.

"In the new economy, computer science isn't an optional skill. It's a basic skill, right along with the three Rs." - Barack Obama

At Wellington School we believe that all pupils should understand how computers work and be able to write their own programs, as well as using existing packages to their best.

All pupils are taught Computer Science as a discrete subject up to the end of the Year 9. Topics covered include animation, spreadsheet simulations, game programming, problem solving through coding, mobile integration, web coding, hardware, and binary.

Whilst there is a heavy slant towards algorithmic thinking and programming, there are also lessons on things like netiquette, MS Office, keyboard skills, and graphic design. The majority of assessment is coursework-based, though there are online and written tests at various points.

The AQA Computer Science course is followed at GCSE. Topics covered include hardware, binary and hexadecimal, logic, networking, and cybersecurity, as well as the major area of planning, development and testing of programs. Whilst this is now entirely assessed in final written exams, there is a required project in which the students have to write, debug and document their solution to a set problem.

The main languages used across the year groups are Scratch, HTML, CSS, Javascript and Python. Some pupils might also learn PHP or other languages for specific projects.