The Maths department at Wellington School has been reflecting on its many successes over the past 5 years.

These wonderful achievements have meant that Wellington School students have been successful in gaining places at Oxford, Cambridge, Imperial and Warwick Universities; the four most competitive Mathematics degree courses in the UK.

The department also excels in supporting students whose talents may lie away from Mathematics; 99% of our IGCSE candidates have secured a grade C/4.

Students from across the school have also seen success in the UK Maths Challenges.  Over 1000 certificates have been awarded during the five years, including an amazing 150 at the highest gold standard.  A number of students have progressed to further rounds where they have continued to succeed, securing Merit and Distinction awards.

Students have also grasped many other mathematical opportunities:

“The past five years have been truly spectacular. We are extremely proud of our students’ successes in public examinations and national competitions.  Our students have progressed to the most prestigious Universities to study a broad range of mathematically based subjects from Engineering to Economics and the next wave of talent is clearly emerging; our students’ performances continue to impress.”

To encourage the next generation of mathematicians, Wellington School organises an annual team competition for local Primary Schools. Teams of four students, aged up to 11, work together for one hour on mathematical problems. Please use the links on the right to see some of the past questions. 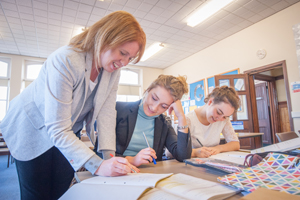 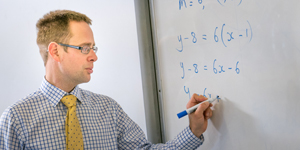