Modern languages is a thriving and enjoyable subject at Wellington. 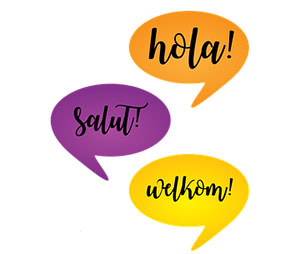 in tandem for three years with preparation for GCSE beginning in Year 9.  Students can continue with both languages, or either one of the two, to GCSE.  All courses are geared towards purposeful language so that pupils feel able to tackle real life situations.  We teach building blocks, grammar and recyclable skills as tools that can be applied to any topic or theme.  We aim to build pupils up as independent learners who can very quickly use taught content to speak and write independently.  Pupils explore the language for themselves, take risks, learn from mistakes in order to produce creative work that is varied, complex, sophisticated (in its use of different tenses for example) and which ultimately flows well.

The pace of each lesson and range of activities are very varied, employing many resources, including audio-visual and ICT.
We have a fully equipped language laboratory where each student spends up to one lesson a fortnight on independent language study, perfecting their linguistic skills using the latest language software. 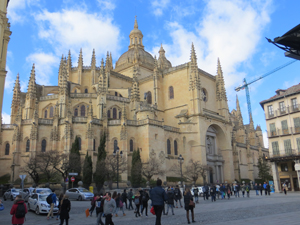 ks on a one-to-one basis with A Level students but also provides additional class support, working with other years in small groups.

We are privileged and fortunate to offer students the opportunity to develop a linguistic and cultural appreciation of not one but two important European languages which sets them up for lifelong learning and provides many inherent benefits for further study and future careers.

We endeavour to organise trips for every language where possible. Here are some examples of recent and future planned trips.