Wellington School was founded in 1837 to provide a commercial, mathematical and classical education for boys. It was supported financially by the county authorities from 1902, and acquired its present name in 1913.

The school admitted girls into the Sixth Form in the early 1970s and became fully co-educational in 1978, the year it returned to full independence. The school occupies a 35-acre site in the centre of the market town of Wellington in Somerset and, in 2000, a purpose-built junior school was opened on an adjacent site. This was renamed Wellington Prep School in September 2014.

The school now provides day and boarding education for boys and girls, who are each allocated to one of five boarding and six day houses.

The Headmaster is a member of HMC.

The School occupies 35 acres in close proximity to the town centre which has a population of 12,500. The town lies equidistant between Taunton and Tiverton railway stations (both approximately 20 minutes away).  The character of the area, situated between the Blackdown Hills (now an area of Outstanding Natural Beauty), the Brendon Hills and the Quantocks, has remained largely unaltered for many years.  The Dartmoor and Exmoor National Parks and the North and South coasts are within an hour’s drive away. The catchment area for day pupils extends up to 20-30 miles around the town and buses cover the whole region.

The School has witnessed an extensive building programme over the last twenty years. The new buildings having been carefully and tastefully blended in with existing architecture. Most recent building projects include a new Sixth Form Centre, a new indoor climbing wall, a new astro-turf, a new study centre and library and a new cafe.

A £2.6m sports complex which was opened by H.R.H The Princess Royal in September 2002.  New English classrooms and an examination hall opened in January 2009 and major improvements to music and performing arts facilities were completed in early 2011.

The Memorial Chapel of St Michael and George sits firmly in the middle of the site and follows the Anglican Communion.  Many of our parents make significant self-sacrifices for their children’s education and, thus, there is a happy blend of pupils from all walks of life and from overseas, to form a well-bonded community. 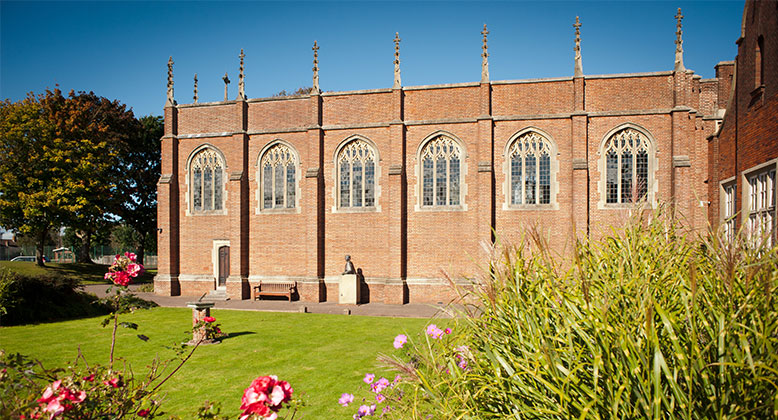