Our main seasonal sports are played by pupils across the School. We encourage everyone to participate and there are weekly matches at all age groups.

In addition to these sports, a wide range of other sports are provided. These include the following:
Basketball, badminton, gymnastics, SAQ [Speed agility and quickness], dance, tennis, squash, pilates, yoga, judo, table tennis and swimming as well as circuit training and general fitness training.

Our recent successes include;

Rugby Union is our target sport in the Autumn Term.

There is an expectation that all boys from Year 7 - 10 participate. All year groups have 2 or 3 teams playing local fixtures each week.  At the top level, training is intense, with practices most days for team members.

Many boys at every age group play at County, Regional and National level – some train with Bristol Bears or Exeter Chiefs Academy, whilst many represent Somerset and Devon.

A number of our girls also represent County sides.

Rugby Sevens is played in the spring term and regional and national tournaments are entered.

Wellington School is regarded as the first school to embrace the need for change and adaptation in the varying stages of maturation of different pupils. We have been innovative in setting up fixtures where all teams are selected based on players’ weight, rather than age.

The support network for rugby at school is one of the strongest around. 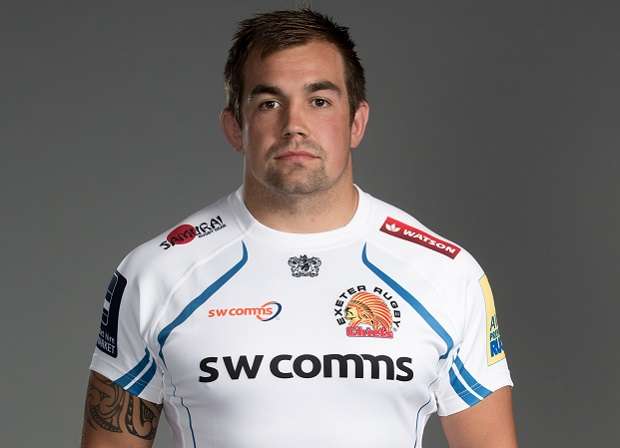 We have also been fortunate to take advantage of the input of Exeter Chiefs' player and England International, Ben Moon over recent years and we look forward to continuing this relationship in the future.

Hockey is our target sport for girls in the Autumn Term and boys in the Spring Term.

Boys and girls at Wellington School play hockey on a very competitive circuit, with fixtures against all major local schools. We regularly field two teams per year group from 1st X1 to U12s and many enter County competitions.

Participation at tournaments across Europe has further broadened experience for the boys and girls with foreign tours to Belgium, Dublin, Barcelona, Barbados and South Africa.

Wellington has a team of outstanding coaches, many of whom have played hockey at national level. Led skilfully by former National League player, Greg Durston, and ably supported by ‘Over 40’s’ Welsh International Rob Stevens, our hockey goes from strength to strength. The coaching is structured and progressive and reinforces the technical and athletic qualities required of players. This is reflected in the regular number of pupils who achieve selection to Somerset’s Junior Academy Centres (JAC), with further opportunity to progress to Junior Regional Performance Centre (JRPC).

In addition, a number of players have moved on to play for Wales, England and Great Britain at International level.
Former pupil and GB Hockey player Tom Carson ran our senior girls skill set session as part of our pre-season hockey camp.

Netball is our target sport for girls from Year 7 to 13 in the Spring Term.

We currently run 2-3 teams per year group and with additional coaches. Our aim is to run 4-5 per year group, which will cater for larger numbers and broader ability ranges.

We continue to produce talented athletes who consistently contribute to teams outside school, whether at County level, Regional level or in strong clubs like Galmington.

As in other sports, our girls have also benefited from exposure to the very best players in the world. Last year our 1st team squad spent an afternoon training under the professional eye of former England Netball Captain, Tamsin Greenway.

Wellington School attracts cricketers from across the world and is renowned for intense coaching, skills and development. We are well known for our fast bowlers and pupils aspiring to professional level.

We currently have a large number of male and female players of all ages in the Somerset, Cornwall and Devon County Cricket squads and have close contacts with Somerset CCC and Surrey CCC. In 2017 we produced our first professional cricketer at the end of our initial 5-year development plan.

Our Director of Sport Performance and Wellbeing and former Somerset professional cricketer, Steffan Jones, is renowned as one of the most innovative fast bowling coaches in the world, running workshops worldwide, from Canada to India and Australia. He has coached Rajasthan Royals in the IPL and  Hobart Hurricanes in the Big Bash.

Wellington School has a strong reputation in Track & Field Athletics throughout the Southwest. Athletic development underpins all of our sport at school.

The School engages in regular competition, both at Inter-School level and at representative level. There are opportunities to represent Somerset and also to continue on to the highest level of schools competition and there are many regional and national champions at the school.  A recent leaver has taken up an athletics scholarship at an American university.

There is provision for coaching and development across all ages, from grass roots level to more advanced and elite skills. These take place during sports sessions, after-school activity time and, for the more elite track athletes, a session at the Castle School Track, Taunton. In addition, many of our athletes join local clubs to gain further expertise in their chosen areas as well as attend coaching seminars held by Somerset County Athletics Association.

We have football teams who train and play competitive matches against local schools and our first XI recently won the ISCA League title in an unbeaten season.

Played in our sports hall, this is a popular activity, especially for boarders.

We have expert coaches who come and train our pupils in fencing, laser shooting, which combined with cross country, swimming and showjumping comprises the modern pentathlon. Some of our pupils opt for the triathle (shoot, swim, run) and compete at national level.

There are some extremely strong competitive cross-country runners in the School, who participate at county level representing Somerset in the National Championships.  In addition, we run an annual “Monument Run” – a historical event where the whole school from Year 9 upwards run up to the Wellington Monument and back.

Tennis is an important sport for girls and boys during the summer. Our juniors, colts and seniors receive at least 2 training sessions and regular weekly fixtures for A & B teams.  Our specialist coaches and professional tennis coach Dan Sizer can provide individual or small group sessions for pupils during and after the school day. Our teams play other local clubs.

Swimming at Wellington School is very popular and we have a number of highly qualified swimming coaches, including three Level 2 coaches/Level 2 aquatics and additional experienced assistants.

The School Swimming squad participates in a number of local competitions, including the Meade King Cup, the oldest inter-school competition in Europe. Wellington School is still the only school to win a clean sweep of all the cups in a single year in this gala. Many of our swimmers have achieved regional and national times.

Girls and boys train together and mostly compete at the same competitions. They train across ages and as a consequence swimmers learn lifelong skills such as effective goal setting, dedication, team work and co-operation.

Training sessions are offered throughout the week. Swimmers opt for the training sessions they can make, as many swimmers like to compete in more than one sport in the summer. The atmosphere in the swimming squad is one of enjoyment and challenge, creating a positive and productive training environment.

This is offered in addition to the main seasonal sports for boys and girls.

Utilising out sports centre allows us to offer year-round cricket to keen cricketers and the opportunity for aspiring cricketers to become involved out of season, Cricket nets, bowling machines and other training devices are available.

A squash court on campus allows pupils to try sports such as squash as a co-curricular activity.

Having an ex-GB rower on the staff has sparked a great enthusiastic following and many pupils enjoy rowing sessions in the gym and on the local river.

We have an extremely successful Equestrian team who have performed excellently at national competitions, including Badminton and Hickstead. We had the National Schools Equestrian champion in the school and the team is achieving great things!  Pupils will be given specific fitness programmes to support their sport.

Not everyone has the desire and ability to play sport, but should be aware of the need be healthier and lead a more active lifestyle. The main focus is to improve general fitness levels through a variety of fun and motivational methods and activities:
•    Circuit training
•    Yoga and Pilates [‘Yogalates’]
•    Spinning classes
•    SAQ classes
•    Aerobics